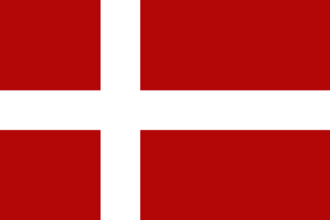 With the conquest of all Scandinavian territories, it is time to restore the spirit of the Kalmar Union. All Scandinavia shall prosper under our rule.

The Nordics have long felt a certain affinity to one another. Now that we control all lands once belonging to the Nordic constituent states, is is possible to bring that kinship to new heights.

Denmark remained neutral in the First World War, and tried to do the same in World War II (like all other Nordic countries) but was invaded by the

德意志国 in 1940 as part of Operation Weserübung. The Danish military offered no significant resistance to the German aggression and Germany in return maintained very lenient occupation policies. Unlike Norway where Germany established a puppet government headed by Vidkun Quisling, Denmark maintained a stable constitutional monarchy, albeit under a government-in-exile. As the years went by, the number of acts of sabotage and violence from the Danish resistance movements grew. In 1943, the number grew dramatically, to the point that the German authorities became dissatisfied with the Danish authorities' handling of the situation. At the end of August, the Germans took over full administration in Denmark, which allowed them to deal with the population as they wished. Policing became easier for the Nazis, but more and more people became involved with the movement because they were no longer worried about protecting the Danish government. The Danish resistance movement is best known for their rescue mission in 1943, where 7.000 - 8.000 jews was secretly transferred to neutral Sweden. Denmark regained its independence in 1945 after the fall of the Third Reich.

Denmark begins with three research slots available to the player.

Denmark starts out as a socialist democracy with elections every four years; the next falls on October 1939. The country begins with the Socialdemokratiet party in power under the leadership of Thorvald Stauning.

Denmark does not have claims or cores on foreign soil, but it starts out in control of

冰岛 (+10) and has the ability to release them as a puppet. Denmark also controls the Faroe Islands and Greenland which contains strategic ports but not much else of interest.

Denmark begins the 1936 campaign with a modest 11 factories, but little room to further expand capacity. The Danish mainland has 1 available building slot in Jutland, with another 2 slots open for construction in Iceland. Denmark has access to 11 Aluminum from the Jutland region.

These numbers represent the available resources, depending on trade law a certain amount may be traded away.

Denmark possesses a meagre military. Its 5 army divisions are all on the mainland, stationed in Jutland and Sjaelland. Sjaelland has a level 8 naval base, where the player will find Denmark's 7 naval vessels organized into Den Danske Flåde at the start of 1936. Denmark's Air Force is split into two groups: one wing of 12 fighters at Jutland's level 2 Air Base, and another wing of 22 fighters at Sjaelland's level 6 Air Base.

Denmark's Volunteer Conscription law will make it difficult for the player to initially expand the country's military. In January 1936, the country only has 23.13k free manpower. However, the player can choose to spend 150 Political Power to enact Limited Conscription and increase that figure to 57.76k. Subsequent conscription laws will increase this number further but inflict penalties on the industry and troop quality, and can also not be achieved as a democracy unless at war.